* A Breed Standard is the guideline which describes the ideal characteristics, temperament and appearance of a breed and ensures that the breed is fit for function with soundness essential. Breeders and judges should at all times be mindful of features which could be detrimental in any way to the health, welfare or soundness of this breed. (KUSA)

* A quick summary of the breed's main characteristics

Original Function:  Hunting large game and fighting
Modern Function: Guard dog, companion, showdog.
Appearance: Large and impressive, with much substance and heavy bone.  A broad head, with deep muzzle, relatively small eyes and erect ears carried forward are characteristic of the breed.  The high set, curled tail carried over the back is also characteristic of the breed, tail can be ¾, full or double curled.
Weight/Height: 66-71cm for males and 61-66cm for females
Coat Colours/Texture:Double coat, undercoat is thick, soft and very dense and shorter than the outercoat.  Outercoat is straight, harsh and standing somewhat off of the body.  Hair on head, lower legs and ears is short.   Any colour like red, fawn, white or a combination of these is acceptable, they can also have a brindle pattern (striped). White dogs have no mask but other colours generally have a black mask.

Grooming:Due to dense undercoat, weekly brushing with a monthly bath and blow dry is recommended.
Character/Temperament: Known to have aggression issues with other dogs, especially of the same sex, this can be overcome to an extent with early socialization.  They make excellent guard dogs but when out in public they should be approachable, alert and dignified.  Off lead walking in public is never recommended.  Akita’s do not tolerate out of control behaviour by other animals and will try and control the situation.  Any fight is an invitation for an Akita to join in even if they were not the cause of the initial interaction.

Compatibility with other animals/cats: They generally accept what they have grown up with, all interactions must however be monitored and off lead walking in public is never recommended.

Compatibility with people/children: Perfect family dog, not demanding of attention at all and they are happy to just be near their family members.  At home they tend to be natural guards and will be wary of strangers and people they don’t know well, this is different when they are out in public as long as they have been well socialized.

Indoors/Outdoors: Both, they are very adaptable
Exercise/Training: Moderate exercise, easily trained but not always obedient (with the right motivation or treat they will perform if they choose to.
Longevity/Health: Generally healthy but all large breed dogs should as a minimum have hips and elbows certified prior to breeding.  Large and giant breeds are also susceptible to bloat, cruciate and occasionally heart problems.

Receive early notice of specials when you are on our email list subscribers. Join today! 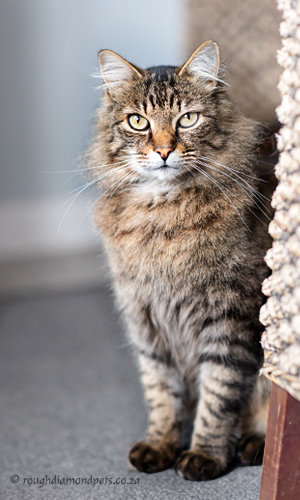 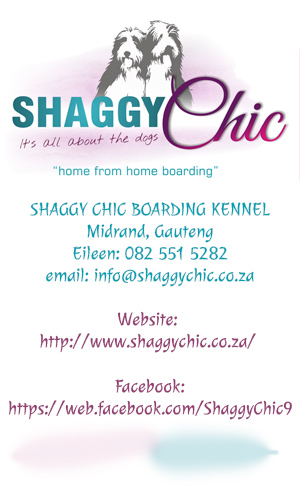 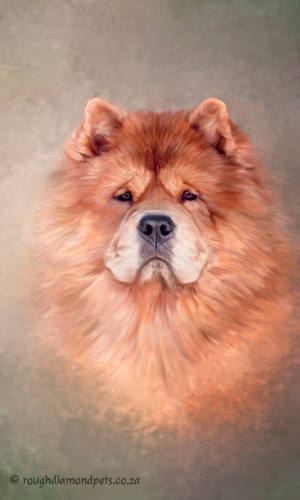 paintings of your pets. 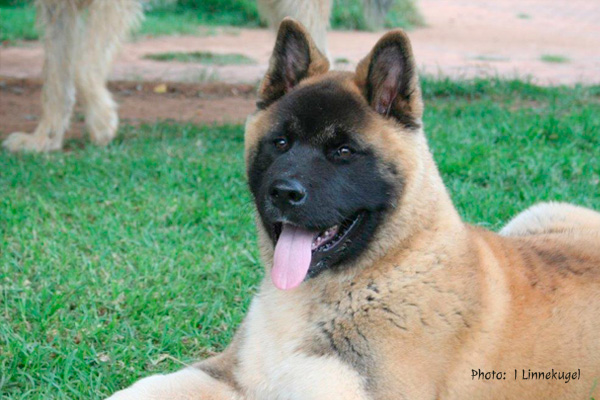 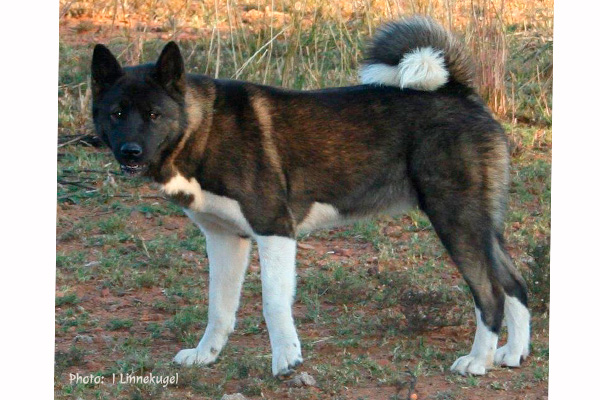 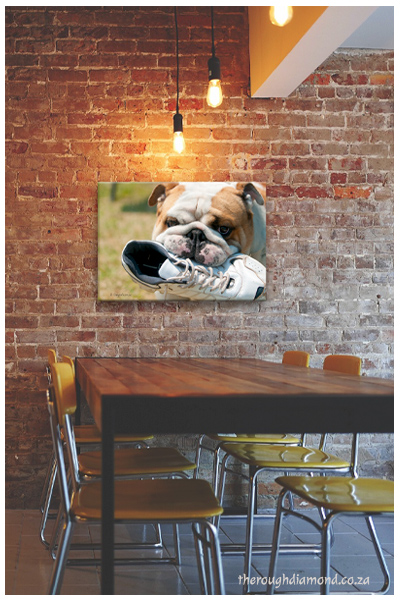 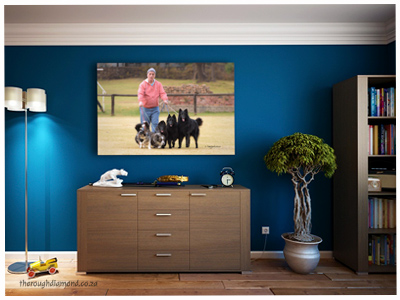 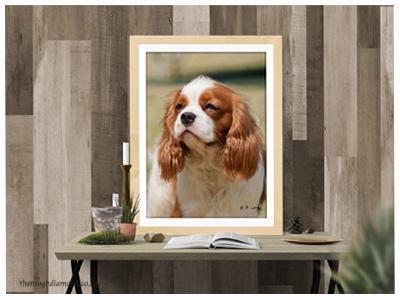 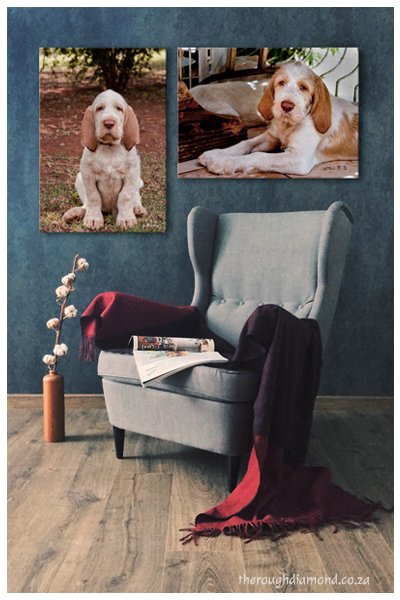 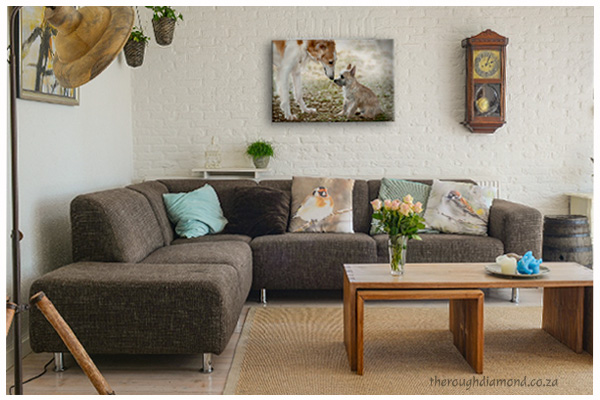 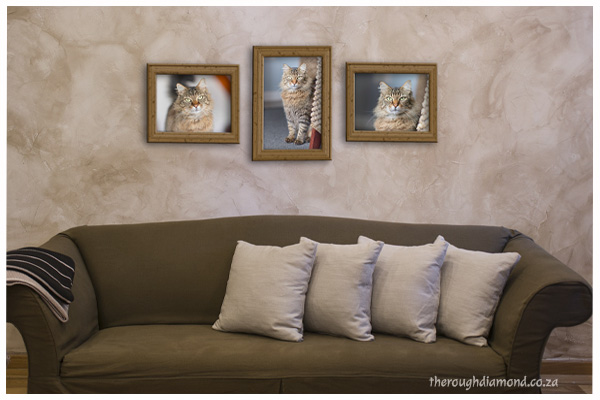 Portfolio / Painting Pets / Treasure Chest / Photographer / Get In Touch / Find Your Breed / Online Shop / Tuesday Treat
DISCLAIMER:
Opinions expressed on this website are the opinions of the respective authors and are not necessarily endorsed by the photographer or the webmaster.  All materials are used with permission. Reproduction of any material without written permission is strictly prohibited. We accept advertising in good faith and assume that quality products are offered and accurate claims are made.  The photographer or webmaster cannot be held responsible for buyers' or advertisers' claims. Arrangements between buyers and sellers are strictly private. Purchasers are advised to do thorough research before making any purchase. Breeders and rescue organizations appearing on our various platforms are not part of Rough Diamond Pets. Onus remains strictly upon the parties directly involved, to ensure that thorough research has been done and a clearly understood written agreement exists between the all relevant parties, before any animals are homed.